The Kansai chapter organizes monthly meetings, seminars and/or workshops several times a year. Here are some examples of previous activities:

Dinner was prepared by a traditional Japanese restaurant, serving a “shidashi bento”.

The music performance by Mr. Berglund and Ms. Nagane after dinner

The dinner with Prof.Ando after May meeting at Italian restaurant

We visited the Kobe Muslim Mosque for our field trip in 2013. Arai Ahsan, the General Secretary gave a brief talk and Q&A. After the visit, we invited Mr. Mustafa, an Afgan senior student at Momoyama Gakuin University to coffee and as a cultural informant he shared his experiences of Islamic culture and the customs of Muslim people with us. Also we visited Kobe Grocers (http://kobegrocers.com), and Kobe Halal Foods (http://www.geocities.jp/kobehalalfood/newpage1.htm) for some halal food.

“One Person Can Make a Difference”, an article by Jason Bartashius in the a presentation by Ms. Nishiyama
On the second anniversary of the 3.11 disasters, all eyes zoomed in on the recently released World Health Organization’s assessment of the health risks caused by the nuclear crisis at the Fukushima Daiichi Plant. The report indicated the likelihood of residents contracting cancer would rise only slightly. The findings, however, were quickly challenged by medical and biological scientists at a two-day symposium in New York titled, “The Medical and Ecological Consequences of the Fukushima Nuclear Accident.” And so the debate goes on.  Read more

Join us on LINE

Scan the QR code to receive notice of upcoming events. 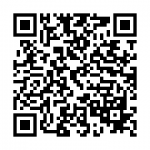